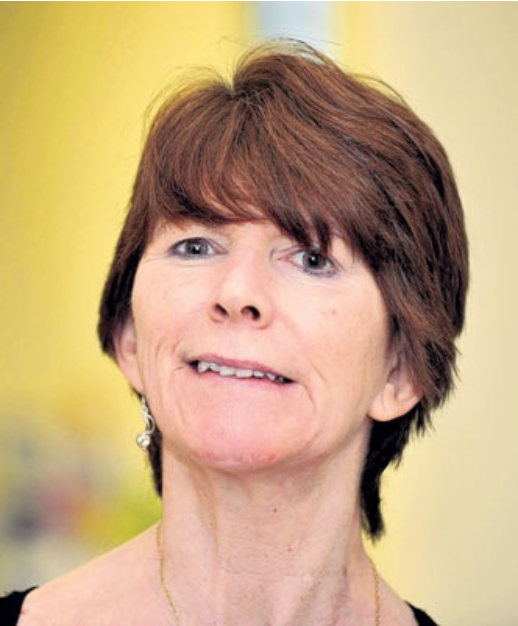 In 2001, 60-year-old Lesley was driving home from a doctor’s appointment when she suddenly began experiencing severe pains in her head and started to feel very unwell. Lesley had suffered a subarachnoid haemorrhage from a brain aneurysm, which is a weakness in the wall of an artery which then swells up and bursts, haemorrhaging into the brain. That weakness could have been there since birth and the aneurysm could have happened at any time.

Seriously ill, Lesley was rushed to the local major trauma centre where she lost consciousness and had to be resuscitated, then endured surgery and an induced coma with just 30 per cent chance of surviving that operation.

“When I came round there were just twitches and flickers on my left arm and leg,” says Lesley. “I vaguely remember people talking to me, asking me things like ‘can you move your little finger?’ The right side of my body was perfectly okay but on my left side I could only squidge up my big toe. Nothing was real. I don’t think there was any realisation of what had happened to begin with.”

Two months later, she was finally well enough to begin rehabilitation. “I was always a busy person. When I was doing rehab it was nice to feel I was doing something,” she says. Confined to a wheelchair, paralysed down her left side and with no vision in the left side of both eyes, Lesley had a massive task ahead of her. “I had physio twice a day, every day, and occupational therapy sessions every day. I eventually started walking with a stick. I was still in a wheelchair nearly all the time but in the physio room I could hobble a little bit. It took a lot of work to get me there.” That July, five months after the haemorrhage, Lesley was allowed to go home.

“It was wonderful to go home,” smiles Lesley. Although delighted to be back with her family, Lesley’s life had changed incomprehensibly. The once busy wife and mum now relied almost entirely upon her wheelchair, was struggling with her speech and, when her husband returned to work, required a full time carer. More than 10 years since that fateful day, Lesley is still learning to adapt to her new way of living but thanks to her steely determination, the love of her friends and family and support from Headway Cambridgeshire – the organisation that provides specialist services and support to people with an acquired brain injury – she can now walk short distances without the aid of a walking stick, and is much more positive about the future. Lesley explains how attending Headway since August 2001 – a month after she was discharged from hospital – has helped her to learn to walk again, and deal with the after effects of her brain trauma. “I never imagined I’d be walking around without a stick anything more than a few paces,” admits Lesley. “I couldn’t visualise further than that. I came here in a wheelchair and I’ve come on a long way since then. The gym instructor, is absolutely brilliant, he’s helped me so much.”

Although Lesley has made huge improvements in her mobility, her left side is still weak and, because of her restricted vision in both eyes, she is prone to falling. “I bump into no end of things,” says Lesley. “I’m always bashing my head into door frames. I’m not left alone at home because I’m always falling over and I can’t go out on my own.”

Lesley is positive about improving her walking further in the future but admits she does have down days and can get very frustrated by her disabilities. “I’ve been very angry and so many times I’ve been like a volcano about to erupt and then something triggers me and I do erupt and believe me I’m the worst person in the world to know then. The trouble is usually it’s poor Bob (my husband) that ends up with the worst of it.”

For now Lesley takes each day as it comes and continues to work hard at her physiotherapy with Headway. “Improvements are very gradual. I’d love them to happen just like that, believe me, but nothing’s instant. I just try to keep thinking positive. When this happened it turned my world upside down and I said to myself ‘this isn’t going to beat me’. I looked upon it as a challenge, and I still do.”

Adapted from “Walking Back to Happiness,” an article in the Cambridge News in June 2012: http://www.cambridge-news.co.uk/Health/Wellbeing-and-fitness/Walking-back-to-happiness-25062012.htm